The Eastern Fire Severity Mapping System project (FIRESEV East) is an extension of the severe fire potential map originally created in 2012 for the western United States (FIRESEV West). Similar to the map generated for the western U.S., this eastern product is intended to be a resource for fire managers and scientists, providing critical information about the potential ecological effects of wildland fire. Possible applications for this map include planning for future wildfires, prescribed burns, fuel treatments, and post-fire rehabilitation.

While this map serves as an extension to the western severe fire potential map, it is important to note a few key differences between these two products. First, due to the lack of high severity fire for much of the eastern United States, the term “severe” is a classification that reflects an aggregate of both moderate and high severities, as opposed to the western map which defines “severe” strictly as high severity. Second, to improve statistical modeling by increasing fire sample size, this analysis incorporated fires that were mapped using both the Normalized Burn Ratio (NBR), and the Differenced Normalized Burn Ratio (dNBR) from the Monitoring Trends in Burn Severity (MTBS) database. These continuous measures of severity differed from the metric used for the western U.S, the Relative differenced Normalized Burn Ratio (RdNBR). See the FIRESEV documentation page for a poster providing a detailed overview of FIRESEV East, with information about inputs, mapping and modeling methods, and modeling results.

While the full extent of the FIRESEV East Severe Fire Potential map covers all lands in the Eastern United States, statistical modeling and mapping work was conducted separately for forested and non-forested settings in each of the 8 mapping regions shown below.

The FIRESEV East Severe Fire Potential map for a 90th percentile fire weather scenario* is available for download from the table below. There is a separate product for forest vs. non-forest settings in each mapping region. Click on a file name in the table to initiate a download (individual download files vary from approximately 8MB to 350MB). 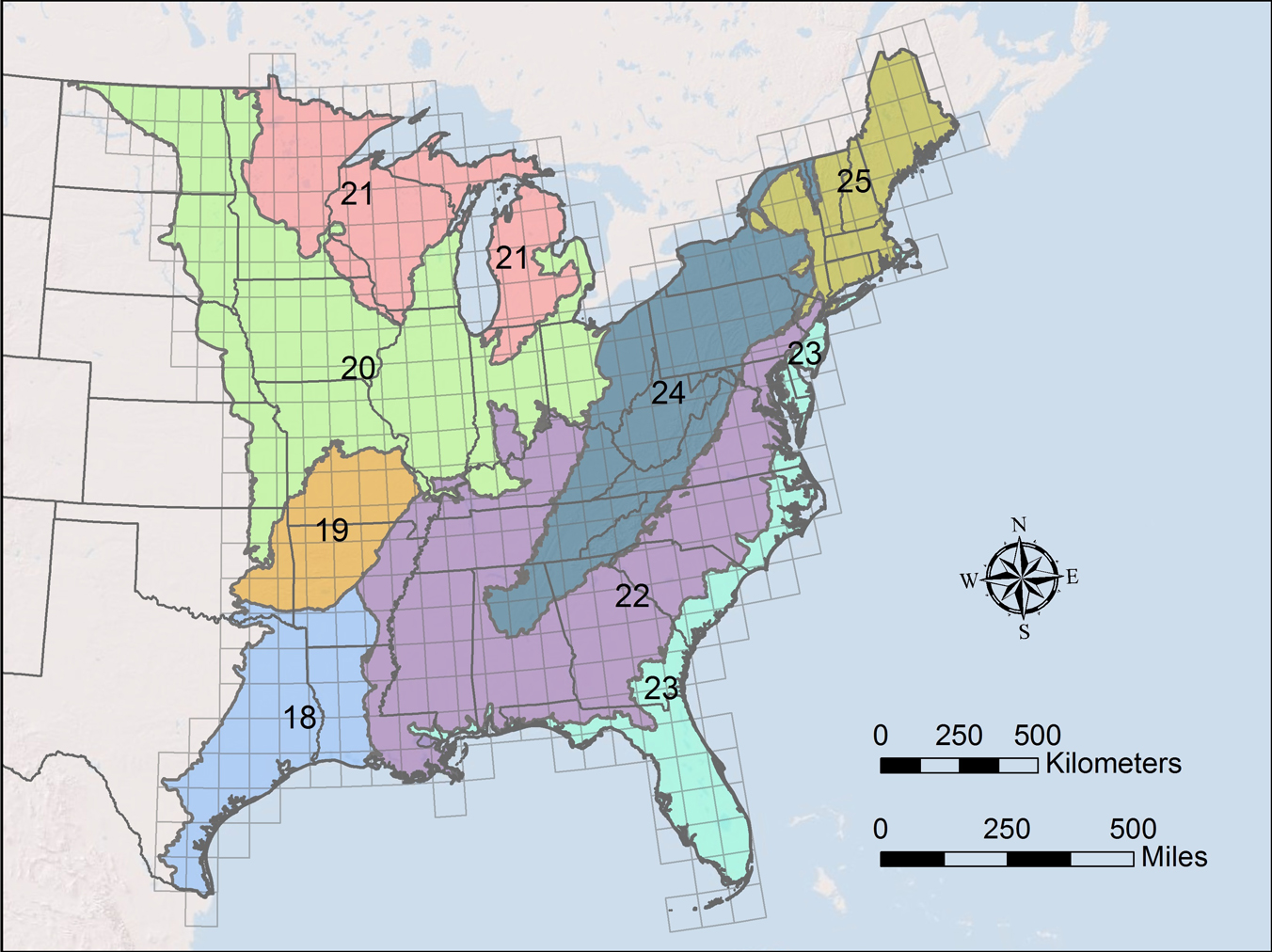 In addition, you can: