Public health is defined by the EPA as "Incidence, prevalence and severity of diseases in communities or populations and the factors that account for them."

In a survey of the public, one in three households cited smoke as a major health concern (McCaffrey and Olsen 2012). Others have found 13% of households live with either asthma or cardio-pulmonary disease, and 20% have other illnesses that could be exacerbated by poor air quality (Garbe 2015). The air quality regulations you will learn about in Module 2 are designed to protect the public, young and old, including those with preexisting conditions such as respiratory ailments. In considering public health it is important to focus on communities and populations that have a high likelihood of being impacted by fire activities.

In determining which communities may be at risk from fire emissions, details such as location of communities, and groups within those communities must be considered.

Location - Communities downwind from a burn, or in a low lying area where smoke may settle will be more affected by emissions.

Sensitive groups - Children, the elderly, and those with medical conditions are more sensitive to the effects of fire emissions.

Public safety is also impacted by the poor visibility conditions which can be created by smoke when it crosses roadways. 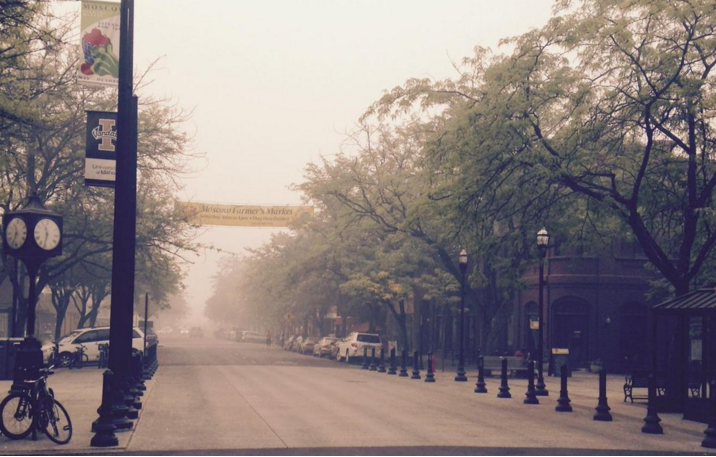 In the south eastern US this is a significant concern where many fatalities have resulted when smoke and fog conditions occur together, resulting in virtual white-out visibility conditions.

While concerns such as these include some of the most critical elements of public health, all communities and groups need to be considered in responsible fire management. This serves to preserve public health. Know the location of communities in your area, coordinate with other burners and air quality groups to help prevent poor air quality conditions, and use best smoke management techniques, a series of techniques we will discuss in detail in Module 3.