General: Invitation to Submit to the "Effects of Wildfire on Biodiversity" Special Issue of Fire

The special issue titled “Effects of Wildfire on Biodiversity” in the journal Fire is open for submissions through October 31.

The goal of this special issue is to compile a set of scientific articles describing how wildfire has impacted diversity in the ecosystem where they occurred. The journal invites articles that present measured or modeled effects of wildfire on diversity across various scales and dimensions of fire regime metrics and biological taxa, including but not limited to: 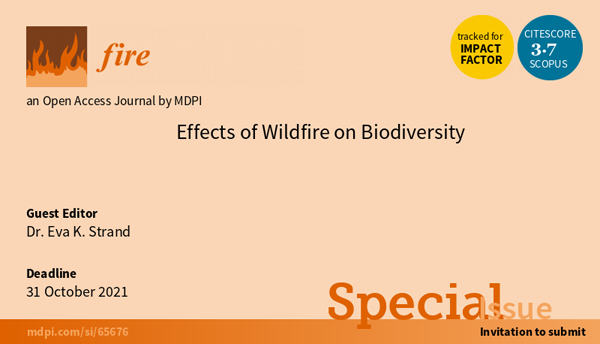