FRAMES provides a method of exchanging information and transferring technology among wildland fire researchers, managers, and other stakeholders in an online environment. The FRAMES portal provides essential searchable information, a platform for data sharing and storage, development of new tools, and support to federal wildland fire management agencies in the United States throughout the various stages of wildland fire, including planning, operation, and post-fire monitoring.

FRAMES is located in the Department of Forest Rangeland, and Fire Sciences in the University of Idaho College of Natural Resources in Moscow, Idaho.

FRAMES is funded by the Fire, Fuel, and Smoke Science Program at the USFS Rocky Mountain Research Station.

FRAMES partners with the Northwest Knowledge Network (NKN) for web development and hosting. NKN provides research data management and computing support for University of Idaho researchers and their regional, national, and international collaborators. NKN is led by the University of Idaho Library (UI-L) and Research Office (UI-ORED), in cooperation with the Idaho National Laboratory (DOE-INL) and with the Idaho EPSCoR Cyber-infrastructure program (EPSCoR-CI).

The goal of the FRAMES Resource Catalog is to be a comprehensive source of information about wildland fire-related resources, targeted to wildland fire and other natural resource professionals. More than 31,000 records have been added to the FRAMES Resource Catalog, as well as nearly 34,000 publications from the Tall Timbers E.V. Komarek Fire Ecology Database. (Please note, however, that these record counts are not additive, as we are gradually working through the identification and consolidation of duplicate records.)

Go to the FRAMES Resource Catalog

Go to the MyFRAMES Collaboration Space

FRAMES offers website hosting and services for wildland fire researchers and managers. These Partner Sites are developed and maintained by partners using FRAMES tools. Some Partner Sites are available to the public, while others are Intranet sites where information and tools are shared within a select group.

FRAMES compiles and posts Announcements and Jobs relevant to the fire research and management community, as well as fire-related events, viewable either through the Events Calendar or an Events List.

Eva is an Associate Professor in the Department of Forest, Rangeland, and Fire Sciences at the University of Idaho. Her research interests focus on quantifying landscape change occurring on a variety of spatial and temporal scales, including succession and disturbance interaction, climate induced change, invasive species, and change induced by humans. To study landscapes through space and time she uses geospatial tools such as geographic information systems (GIS), remote sensing and image interpretation, GPS, and landscape scale modeling. Strand is particularly interested in the interaction between the landscape mosaic and ecological processes including the effects on plant communities, wildlife habitat, fire behavior and effects, biogeochemical cycling, and landscape structure. Her recent projects include: Long-term monitoring of semi-arid aspen woodlands; Fuel treatment effectiveness in sagebrush steppe, juniper woodlands and ponderosa pine forest; Assessment of wildfire severity on plant communities in juniper woodlands, mixed conifer forest, and black spruce forest; and the effects of livestock grazing on fuels and fire behavior in western rangelands. She has a BS in Chemical Engineering from the Royal Institute of Technology in Stockholm Sweden, an MS in Chemical Engineering-Systems Analysis, and a PhD focusing on successional dynamics in aspen and juniper woodlands from the University of Idaho. Dr. Strand teaches courses in Landscape Ecology and Rangeland Ecology at the University of Idaho in the classroom and online.

Lynn has been with the FRAMES Program in the Department of Forest, Rangeland, and Fire Sciences at the University of Idaho since 2007. She brings with her a background in management, research, writing, education, and outreach. Before coming to FRAMES Lynn spent a number of years in fire and natural resources with State and Federal agencies all over the United States. She was with the USFS Rocky Mountain Research Station, the Southern Research Station, and the Kootenai National Forest; several National Parks, including North Cascades, Everglades, Big Cypress, Shenandoah, and the Blue Ridge Parkway; the U.S. Fish and Wildlife Service; and the Ohio Department of Natural Resources Youth Conservation Corps. Lynn has worked as a biological technician, forest technician, natural resource specialist, park ranger, trail crew leader, backcountry ranger, wildland fire manager, and prescribed fire specialist. She had a variety of titles during fire seasons, including crew boss, interagency crew liaison, incident commander, fire camp manager, helicopter manager, and supervisory dispatcher, but she says one of the most memorable ones was Staging Area Manager at the Atlanta Airport during demobilization from the 1988 Yellowstone fires. Lynn graduated from the University of Montana with degrees in Natural History and Anthropology. She calls Moscow, Idaho home now, and her interests outside of work include volunteering in her community, spending time with friends, gardening, and traveling.

Diana's current focus is on the improvement of wildland fire science delivery and application. This began with her work on FIREHouse (the Northwest and Alaska Fire Research Clearinghouse), and continues with her work on FRAMES. Prior to FRAMES and FIREHouse, her focus was on fuels research and fire history research, and before delving into the world of fire research she was a wildlife biologist. Her education includes an MS in Forest Ecology from the University of Washington and a BS in Biology from Stanford University.

Wayne is a Seattle native who graduated from the University of Washington’s College of Forest Resources with a bachelor’s degree in Forest Resource Management. He then spent the next 20 years employed as a wildlife biologist involved in surveys for wildlife species with special state and/or federal status, including spotted owls and marbled murrelets. In conjunction with these surveys, he maintained a database of owl responses and survey stations that spanned the entire 20-year time period. He became a member the FRAMES staff in early 2012. He enjoys spending time with his family and is rarely seen without a camera within arm’s length.

Mike currently works with FRAMES creating metadata for wildfire research. Prior to this he spent 11 years working at the University of Washington as a research assistant, primarily looking at how climate affects tree growth. He grew up in Michigan, but currently resides in Shoreline, Washington. In his spare time he enjoys cross country cycling, gardening, and sleeping out under the stars.

Kelly is the web developer and architect of the public FRAMES website and private MyFRAMES intranet site. As a trained biologist with web development skills, Kelly bridges the divide between the biological sciences and technology and works with partners to disseminate, share, and communicate science. She has experience developing websites, creating customized web-enabled databases and user interfaces, standardizing and collecting data and metadata, and developing data use standards. A native of central Pennsylvania, Kelly completed a B.S. in Biology at Denison University (Granville, OH) while researching the evolution of anti-predator behavior in native Trinidadian guppies. Subsequently, Kelly earned an M.S. in Evolution, Ecology, and Organismal Biology from the Ohio State University where her research on population viability analysis was published in Conservation Biology. Kelly has a wide range of experience writing, researching, educating in the biological sciences, working as a grant manager, a naturalist in Glacier National Park, a data manager for the Whirling Disease Initiative, a co-leader of three undergraduate courses in Ghana, an adjunct professor at Western Washington University, and an informatics specialist for Montana State University.

After getting a degree in architecture and then working in hydrology with the USFS Rocky Mountain Research Station, John became interested in scientific graphics and decided that each branch of science needed an equivalent of Smokey the Bear and Carl Sagan. He enjoys working in a number of design-related directions in architecture and 3D environments, print graphics, marketing, audio and video production, Photoshop, movie art directing, and anything combining technology and art.

Gina is originally from Boise, Idaho. She spent 5 years with the USFS in Fire and Silviculture on the Boise National Forest before she eventually journeyed to the beautiful Palouse area and the University of Idaho. She graduated from the University of Idaho with background in GIS/Remote Sensing and Forestry. Gina previously worked for INSIDE Idaho as a cartographer and spent 15 years as a GIS Analyst for the Idaho Fish and Wildlife Cooperative Research Unit at University of Idaho. For the past 3 years, she has been working as a Content Specialist on the WFMRDA-FFE (formerly NIFTT), FRCC and FRAMES websites and recently has added developing online course delivery for the fire community. Gina and her husband have three children and enjoy spending their extra time fishing the waters of Idaho.

Research Computing and Data Services (RCDS) is the central provider of research computing infrastructure and services for the University of Idaho. Luke received his Bachelor's degree in Computer Science from the University of Idaho in 1995 before moving to Silicon Valley to work in various pioneering internet technology companies such as Netscape, AOL, and Inktomi. After gaining industry experience in IT systems administration and IT management, he returned to the University of Idaho to pursue a Ph.D in Bioinformatics and Computational Biology. After graduating in 2008, he worked for the Palouse-Clearwater Environmental Institute before joining the NSF EPSCoR project as an environmental data manager. Luke has two wonderful daughters and a feisty golden retriever named Benny and he spends his time away from computers running, hiking, hunting, or building things out of wood. 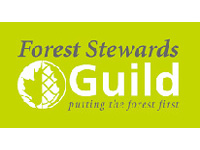 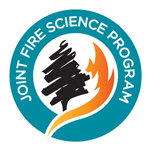 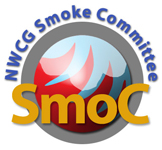 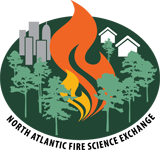 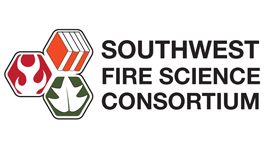 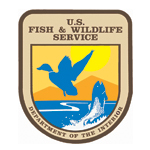 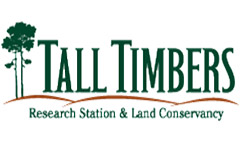 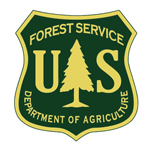 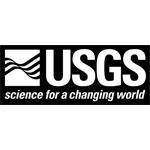 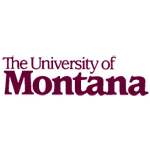 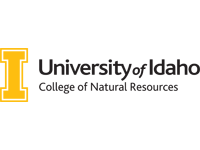 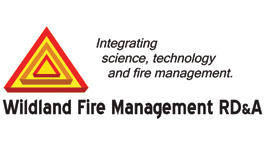